Set an intention every morning to be a blessing to others. It will matter to you and all those you come in contact with.  Why?  Because electrons constantly and consistently read their environment, and thoughts are constantly directing electrons by intent.

Our intention is being transmitted directly into our environment, and electrons pick up on the infinitesimal signals we are sending and here’s how it happens:

The February 1993 issue of Discover Magazine featured an article, The Body Electric by Carl Zimmer, which included a series of electronic photographs showing the illuminated flow of electrical activity throughout the entire system of nerves and blood vessels in the human body.

Think about it: if the heart stops, modern medical practice calls for the application of an electric jolt to get it started again.  The brain uses electricity to issue its commands from neuron to neuron.  When these signals reach a muscle, they set up a wave of electricity throughout the muscle. Each cell of the body has a positive and negative charge, so there is constant polarity.  Each cell has a magnetic component, which means the body is not only electric, it’s magnetic.  In essence, we are moving, electromagnetic fields of living energy.

The human mind and body create a measurable magnetic field arising from electrical charges in motion.  In Dr. Deepak Chopra’s Ageless Body, Timeless Mind, he explains that every cell in the body even has its own intelligence.  There is ample evidence that, at the sub-atomic level, each quantum particle/wave has an “intelligence” of its own!  At the organic level of our bodies, embryonic cells “know” how to grow into higher forms of complex and distinctive systems.  Each of these systems is responsive, in varying ways, to the electromagnetic energy generator of our minds.

Because the body is electrical, and each cell in the body has a positive and negative charge, we are magnetically charged in accordance with what our thoughts vibrate and transmit.  Being electromagnetic sets up certain conditions for how we relate to our physical world.  Energy flows out of our bodies and interacts with all other energy and matter.

An analogy that illustrates this best is to imagine that the energy flow from you is like a signal or wave-length being transmitted from a radio or television station.  Each of us emits very precise signals based on what we believe and think.  Everyone and everything in our environment has the capacity to pick up certain aspects of these signals.  However, only those who are tuned in on the same wave length can consciously respond to them, as only those radios and television sets that are turned on and tuned in to a particular station will pick it up.

Have you ever picked up your TV remote control and randomly flipped through the channels until something on one channel made you stop and watch?  You were in tune, or in alignment, with what was being said and that’s why you wanted to stop and listen.  Or the opposite can happen, and you can be so upset by the information being presented that you turn to another channel immediately.

Understanding that the human body is electromagnetic, combined with some insight into quantum physics, will help you to see how energy affects us, and how we continuously affect our world, our reality and our connections with other people.  There are many experiments that show that the mind or consciousness is not restricted to our bodies, nor is it restricted to any kind of locality.

I want to share a true story about a sixth grader I was not having success with to illustrate how much of an impact you are having energetically in ALL your relationships whether you mean to be or not. 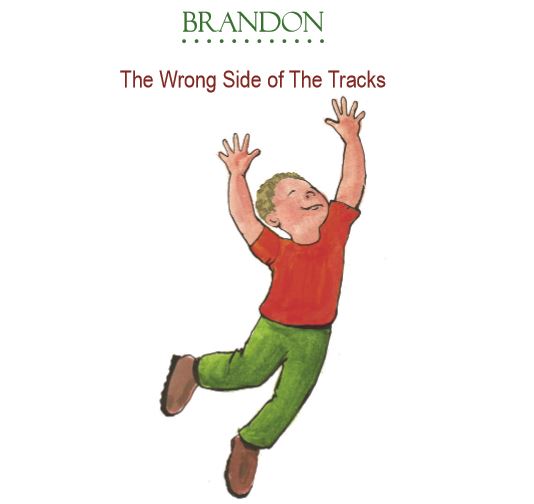 Brandon: From The Wrong Side of the Tracks
Excerpt from Academic Success 101 Online Course

When I was still a child, riding the school bus each day, I discovered that younger children liked to flock around me. I knew then that I had a special talent for working with children and I called it my “Magic.”

As a teacher, I prided myself on using that special talent to help all my students be successful in their class work (particularly the 55-65% student population that had been labeled “at-risk” in my classrooms).  But one year I had a student who simply wouldn’t do his work.  No amount of encouragement helped; Brandon just wasn’t coming through.  After many months of doing everything I could—what I believed were the “right” things to do with him—I became quite agitated.

The thoughts in my head that day sounded like this: “How dare he not respond to me.  I’m the best teacher in the school.  Doesn’t he know how lucky he was to make it into my classroom?  All the kids in the school want to be in my classroom. What an ungrateful little boy he is!”

Whether we realize it or not, we all have negative attitudes about some of the people we are living or working with.  No matter how slight it may seem, that attitude is amplified, loud and clear.

The end result is like yelling, “Get Up!” at someone while you are pushing him down with your foot. As I like to put it, you can’t have an attitude and keep it a secret.

Let’s take a moment here before going on with this story to consider a few things:

These insidious holds we have on one another are energetically destructive to both parties concerned.  It de-energizes us to hold a negative charge, because it produces results which frustrate us.  And our negative energy directed at others does have a physiological effect on them also, as we continue to send it.

Coming to this realization is not about beating ourselves up or considering ourselves in the wrong for the attitudes we presently hold.  It is important to be willing to decide differently in recognizing the gifts, talents and blessings we were intended to bring to this world, as well as those of the children whose lives we are trying to affect.

Our work on attitudes is never really complete.  But it does become easier to be truthful about what we’ve been believing and holding at the deepest parts of our self, about the people we are having difficulty with.

We can’t go back and undo what’s been done energetically, but sending good vibes can heal and transform any relationship in an instant.

The Power of Expectation

An expectation is simply an extension of our underlying attitude, and the step from one to another is a short one. For example, if we consider a child less than capable of learning, we automatically form very low expectations of his chances of going to college. When the student later drops out of high-school, convinced he’s a loser, it’s no surprise to us. This is known as “a self-fulfilling prophesy.”

While the cause and effect relationship of attitudes or expectations to results is sometimes difficult to trace in adult interactions, it is relatively easy to see in children.  This may be because kids are more of a “clean slate”—they have not yet formed the deep ruts of habits and belief systems that adults typically have.

Also, children’s lives are relatively simple compared to the complex and stressful lives most adults lead, so the effects of our inputs are more distinct.

In the energetic balance between individuals, the person who holds the strongest belief about a situation will almost always prevail, and in this respect, adults usually “win” over children.

In last week’s blog we examined a study on the power of expectations to impact IQ, EQ and SQ: Teachers’ Expectations Carried Out by Students in A Profound Way

Now Back to Brandon…

By the time Brandon was assigned to my classroom, I knew a great deal about attitudes and expectations. For many years since I took the class, Behavior Modification, in my Master’s degree program, I had been practicing the#1 Rule in all my dealings with people:

Before you can change anyone else you must first change yourself.

I tried conscientiously not to hold an attitude about the children who came into my classes with histories of being difficult behaviorally or who had been given the “underachiever” label.

That night, after I went home, I sat quietly, pondering my thoughts about Brandon. Because this rule was always at the forefront of my mind, and because I was very well practiced in shifting my attitude, I had been able to bring all the children I worked with to very high levels of success and self-esteem. But nothing was working with Brandon.

How could that be?

It was in the quiet of that moment that I was able to find the deepest thought I had buried in the recesses of my mind. It was a thought that directly affected the energy my attitude was sending Brandon, and I had completely missed it. It seemed so small a thought, so infinitesimal, that I could barely believe it was even there.  But it was there and it wasn’t so small after all.

Once I recognized it, the thought was so big and loud that it was deafening. When I looked at Brandon, I saw a kid whose parents were alcoholics and drifters. The teachers all believed that Brandon would probably not be with us long, as his parents floated from one job to another, one place to another. But until that moment, I had no idea that I held an infinitesimal prejudice about Brandon or his parents.

I knew, down to my soul, that the #1 Rule always worked when I worked it, but I never guessed that I would have such a terrible bias buried deep inside of me.  I didn’t beat myself up for this, I just acknowledged it and how powerful it had been to deny me the ability to teach Brandon anything.

You can’t have an attitude and keep it a secret!

The next day, when I approached Brandon and worked with him on his lessons, my heart felt full and my attitude was clean. He began participating at a higher level almost immediately, and gained self-confidence quickly. The proof is in the results, and Brandon showed me that my “new attitude” was what he needed to perform up to his capabilities.

To my delight and to his, as well, his grades improved to B’s and then some A’s in the subsequent weeks. His parents did move on, but my last memory of  Brandon was the light in his eyes and in his face. It was then, and only then, that I could say I had done my best to be of service.

Is today the day you really grab a hold of your life and just own it!? 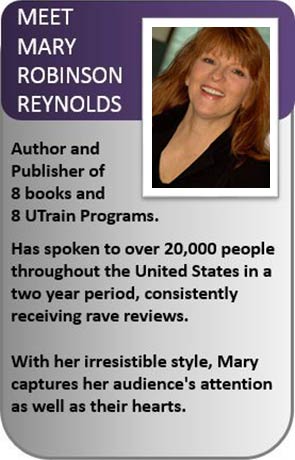 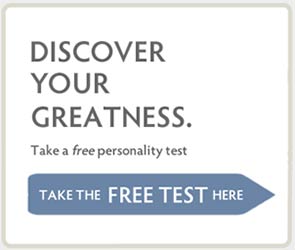 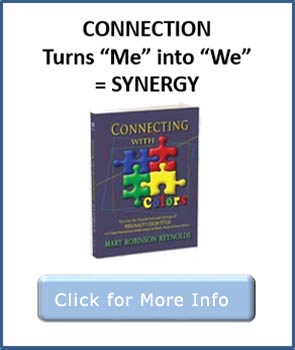 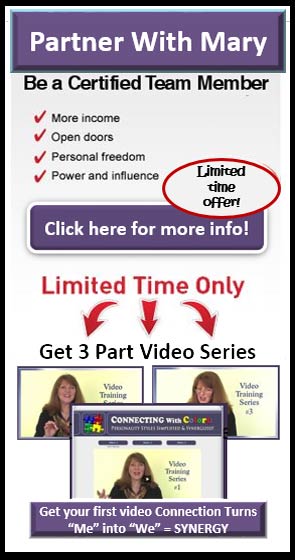 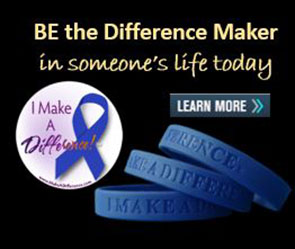 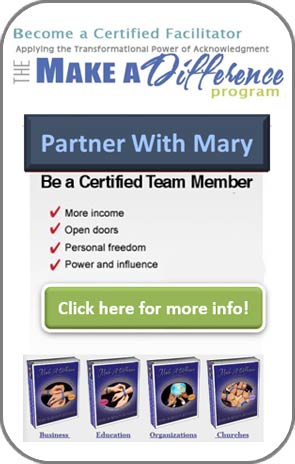 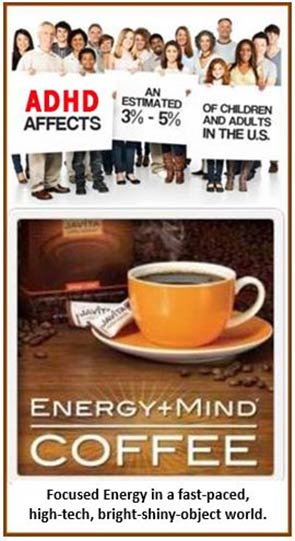 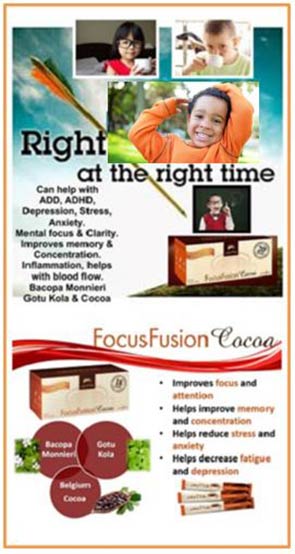 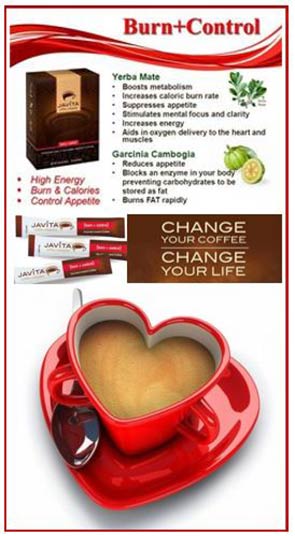